Are you enchanted by 3 words – Buy Property Spain?

Many Britons living in cold, wet, England have been enchanted for years by three words – buy property Spain. For the past 60 years there has been a love affair between Britain and Spain, with more British tourists visiting the country than any other. Of all European countries Spain has the most British residents.

The desire to live in Spain for the average Briton started with a package holiday which was regularly repeated.  Over the years the enjoyable holiday experiences turned into a full blown desire to move, so as to be able to live under the Spanish sun.

Not too far for family to travel

Being only two hours by air from the UK means that it is possible to live in Spain without having to abandon children or parents, as can be the case with moving to Australia or New Zealand. In Spain resident expats can look forward to regular visits from friends and family.  Indeed they are often quite surprised by how popular they have become!

These three simple words must never be taken at face value. Buying property in Spain can be a hazardous. It is by no means rare to read of foreigners who have lost everything because they shopped carelessly. Do not for one moment, as you shop for your Spanish property, believe that laws and procedures are the same as they are in your own country. Nothing could be further from the truth.

The Spanish legal system is very different to anything the average British person can begin to envisage. Finding a house and buying it is a work of art requiring a lawyer who you need to check out very, very carefully. Often they work in conjunction with estate agents or developers and their interests regularly figure before yours.

Location is as important as property

A very useful tip for those wishing to buy property in Spain is when you find a property that you like, return to see it in the evening. The Spaniards are probably the noisiest people in the world and because they often sleep in the afternoon may not go to bed until the early hours.

You need to know that the area in which your chosen property is located is somewhere you can comfortably live.

Many foreigners are holding back on investing in Spanish property because of Brexit.  However, Spain’s economy has been reliant on British tourism and property purchase for decades.  The current Prime Minister, Mariano Rajoy, has stated that he is anxious to reach an early agreement on the rights of expats both British and Spanish.

Considering that it was possible for the British to live and work in Spain well before it joined the EU it’s reasonable to surmise that Brexit will not change this, other than perhaps adding to the paperwork.  Since there is a lot of documentation involved in purchasing Spanish property anyway, a few more sheets will hardly be noticeable!

Now is an exceptionally good time to buy property in Spain while prices remain low.  For those who qualify overseas property mortgages are available.

France: One of the Best Places to Live in Europe 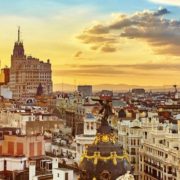 Where is the best place to live in Spain?
Why Emigration to Australia Appeals to Many

Where to Buy Property in the Algarve
Scroll to top